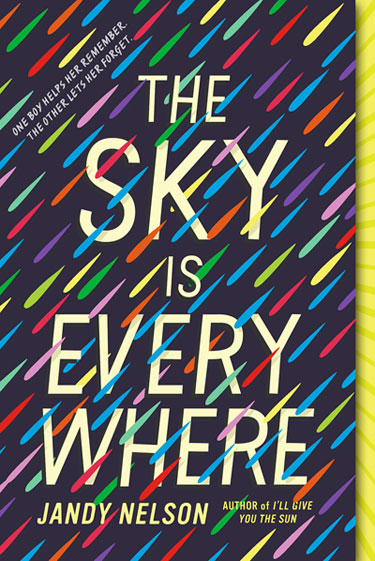 Seventeen-year-old Lennie Walker, bookworm and band geek, plays second clarinet and spends her time tucked safely and happily in the shadow of her fiery older sister, Bailey. But when Bailey dies abruptly, Lennie is catapulted to center stage of her own life – and, despite her nonexistent history with boys, suddenly finds herself struggling to balance two. Toby was Bailey’s boyfriend; his grief mirrors Lennie’s own. Joe is the new boy in town, a transplant from Paris whose nearly magical grin is matched only by his musical talent. For Lennie, they’re the sun and the moon; one boy takes her out of her sorrow, the other comforts her in it. But just like their celestial counterparts, they can’t collide without the whole wide world exploding.

This remarkable debut is perfect for fans of Sarah Dessen, Deb Caletti, and Francesca Lia Block. Just as much a celebration of love as it is a portrait of loss, Lennie’s struggle to sort her own melody out of the noise around her is always honest, often hilarious, and ultimately unforgettable. 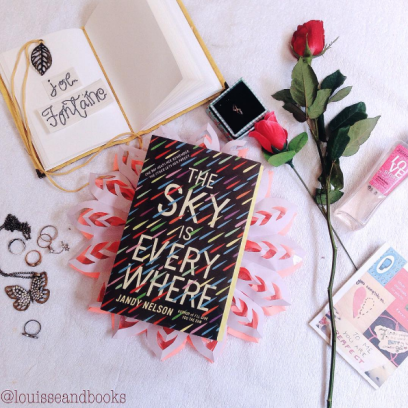 5 stars for this wonderfully written book.

This book is not meant to be told by a simple synopsis. If anybody asks me what’s the story about, I wouldn’t be able to construct a proper sentence. They may think it’s boring. The story looks plain and simple but it isn’t. There’s more. Something deeper that can’t be explained unlesd you read it yourself. It has something that will make you reflect your life’s choices. Because that’s how good this is.

I love this and okay, I’ve missed the wonders of the book itself I mean, Lennie’s scribbled poems! They’re all written there in a cool way.

Okay at first, you may find yourself annoyed by the main character Lennie , she’s like immature, reckless and confused teenage girl but hey bare with her, she’ll get better. You’ll agree with her POV and eventually empathize with her. You just have to wait . She’s just hiding inside her cocoon, unsure, scared and waiting for the perfect moment to bloom.
She writes poems and scatter it through the winds hoping that somebody might understoodnher stories which is oh so great.

And oh no words for Joe Fontaine. Let’s all fall for him. Let’s kiss him and make the world explode. 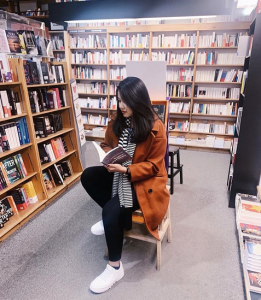 "A book is the only place in which you can examine a fragile thought without breaking it." –Edward P. Morgan